Known across the world as the Forces Sweetheart, Dame Vera Lynn provided hope and reassurance for Allied troops abroad and families back home during one of the UK’s darkest periods in history.  She died surrounded by her close family on 18th June 2020. We have received some lovely Tributes to Dame Vera Lynn from all around the World.

Vera Lynn was born Vera Margaret Welch on 20 March 1917 in East Ham in the county of Essex.  When she began performing publicly at the age of seven, she adopted her grandmother’s maiden name (Lynn) as her stage name.  She started singing professionally in East End working men’s clubs. She spent the 1920s and 30s fronting some of the top society orchestras and captured the heart of the British public because, as she says: “I was never a glamour girl, I was the girl next door.”

In 1940, she began Sincerely Yours, her own BBC radio show that was broadcast in the UK and abroad.  For seven years, Dame Vera Lynn performed songs that reminded the troops of home including the songs that she will forever be associated with We’ll Meet Again and The White Cliffs of Dover among many others.

She toured Egypt and India with the Entertainment National Services Association, after which she travelled under the auspices of the army to Burma, meeting and performing for the troops, raising smiles and morale as she went.  She became known and is still referred to as ‘The Forces’ Sweetheart.’

Her career continued to flourish after the war with hits at home and overseas, and she performed into the 1960s and 70s. In the latter half of her career she re-focused and put her efforts into raising money for charity.  Dame Vera Lynn moved to the village of Ditchling in East Sussex in the 1960’s.

In 1953 she helped form The Stars Organisation for Spastics, which raised money in support of the Spastics Society that went on to become national charity Scope, starting her link to children with cerebral palsy. Her support and commitment to them continued with the establishment of the Dame Vera Lynn Children’s Charity in 2001 which she heads as President.  She has devoted much of her time to the Charity, visiting to meet the parents and children, as well as attending Charity fundraising events, including the Celebration Dinner at the Imperial War Museum in October 2009, the Charity’s 10th Anniversary Ball at the London Lancaster in April 2010 and her own 95th Birthday Celebration Lunch at South Lodge Hotel in March 2012, along with numerous fundraising events throughout her time as President of the Charity.

She said: “My role as President is hugely important to me. For a family to be suddenly and unexpectedly faced with the news their child is affected by cerebral palsy is a life-altering experience. The special attention their child will need in his or her early years is woefully lacking in the public sector. The free service our charity provides is a lifeline to our families and helps to ensure their child achieves their maximum potential.”

In 2009 she became the oldest living artist to make it to No.1 on the British album chart, at the age of 92 and the same year her autobiography ‘Some Sunny Day ‘ was published.

Dame Vera was recognised for her services to entertainment and charity in 2016 after being made a Member of the Order of Companions of Honour in the Queen’s 90th birthday honours.

Dame Vera celebrated her 100th birthday in March 2017 and the occasion was marked with a number of events taking place to commemorate this incredible milestone.  A 100: Tribute to Dame Vera Lynn concert was held at the London Palladium on 18th March where stars of the stage and screen came together to perform a variety extravaganza highlighting our Forces Sweetheart’s incredible life.  Various tribute shows, events and birthday celebrations were held throughout the UK and beyond, paying tribute to this amazing lady and we thank everyone who kindly donated to our VERA100 campaign which enabled us to purchase a ‘magic carpet’ for our children to use at Dame Vera Lynn Children’s Charity.  In her 100th year Dame Vera also became the oldest living artist to enter the Official Albums Chart entering at No. 3 with her latest album ‘100’ Dame Vera said “I have been quite overwhelmed by the response to my 100th Birthday and the icing on the cake is the news that my new Decca album is No. 3 in the UK Album charts.”  In the same year, a book ‘Keep Smiling Through‘ written by Dame Vera and her daughter Virginia Lewis-Jones was published, giving a powerful and life-affirming account of the time she spent with troops in wartime Burma.

On 20th March 2018 Dame Vera celebrated her 101st Birthday and in her honour a tulip tree (her favourite) was planted on the village green in Ditchling by her daughter Virginia Lewis-Jones. She was joined by Ditchling community groups, local dignitaries, the local school and people from the village to commemorate this very special day.  Dame Vera was also presented with a Lifetime Achievement Award at the Classic Brit Awards in June 2018.

In May 2020, Dame Vera became the oldest singer to score a UK top 40 album, beating her own record set in 2017 with her greatest hits collection, titled 100.  The increase in popularity for the album coincides with the 75th anniversary of VE Day, marking the end of World War Two in Europe.  Dame Vera’s iconic song, “We’ll Meet Again” has taken on special meaning in the Coronavirus crisis and was cited by the Queen in a rare speech in early April 2020 in which the Queen acknowledged the grief and financial hardships that Britons are facing during the coronavirus pandemic.

Speaking on VE Day, Dame Vera said: “This year, we must commemorate this special anniversary apart.  I hope that VE Day will remind us that hope remains even in the most difficult of times and that simple acts of bravery and sacrifice still define our nation as the NHS works so hard to care for us.  Most of all, I hope today serves as a reminder that however hard things get, we will meet again.”

Dame Vera recently said “No one told me what I should or could do, so I was responsible for my actions.  In showbiz, persisting didn’t just mean singing; it also meant keeping integrity.

Perseverance and not giving up have been the secret of my success.  Now, I am reminded of the importance of perseverance regularly through my Charity which helps young children affected by cerebral palsy and associated disorders.

The perseverance these young people display every day is inspirational.  Seeing a severely disabled five year old smile, or his parents laugh, reminds me that giving up isn’t worth it – persistence can be so rewarding.”

Click here to read some of the lovely Tributes to Dame Vera Lynn that have been coming in from all over the World.

To find out how you can get involved and help Dame Vera Lynn Children’s Charity to raise funds to support all the young children we support with cerebral palsy and other motor learning impairments at our Centre in Cuckfield click here  Keep Smiling Through.

You can post your letters and cards of condolence in care of the Charity or email them via the Charity by emailing info@dvlcc.org.uk. 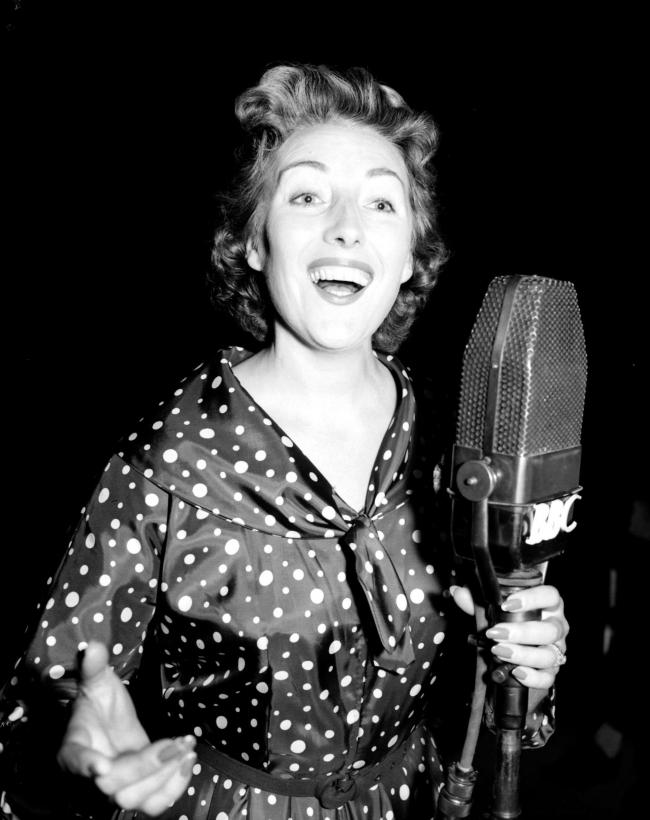 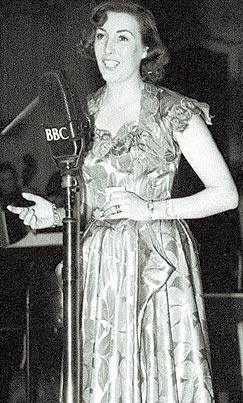 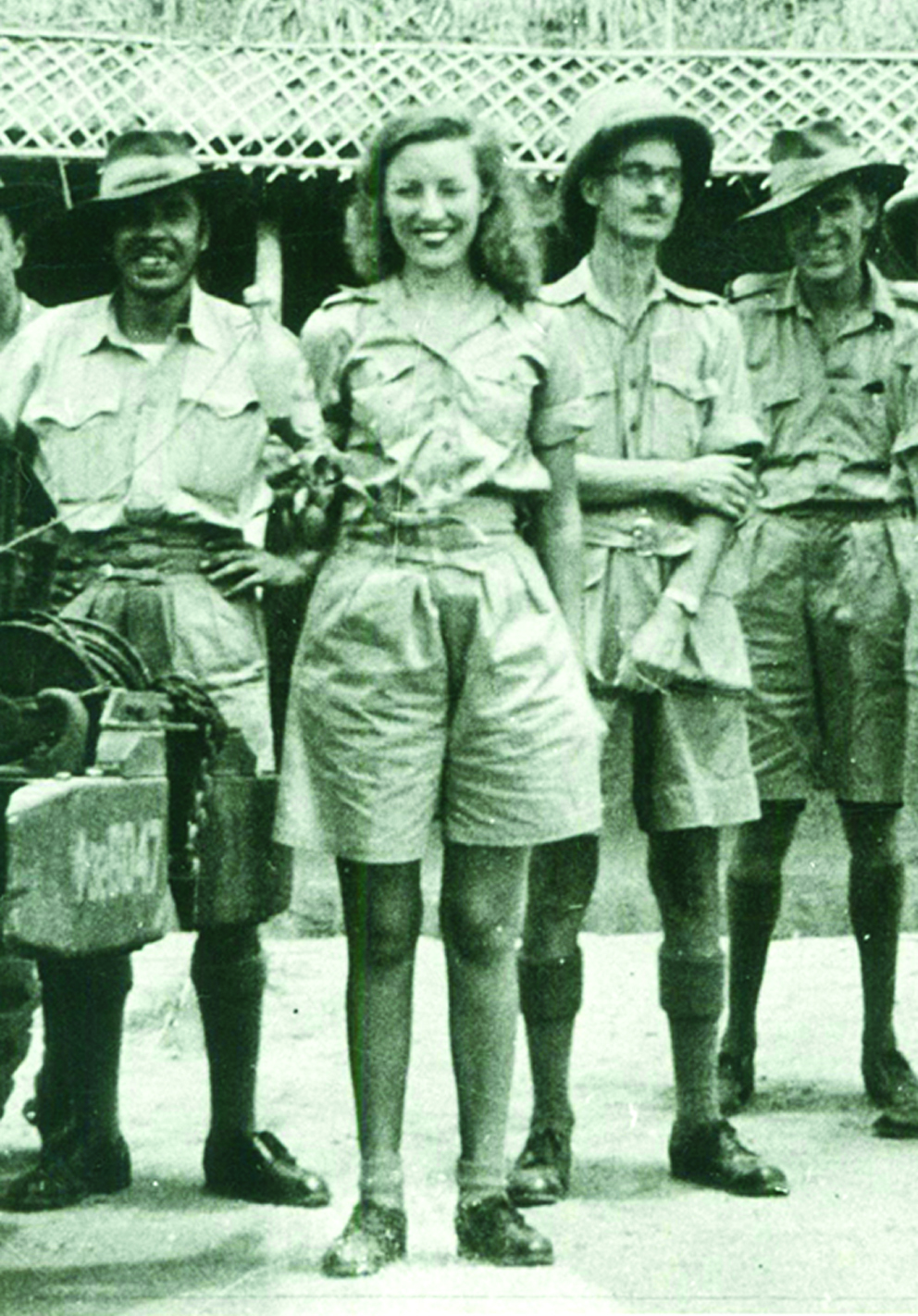